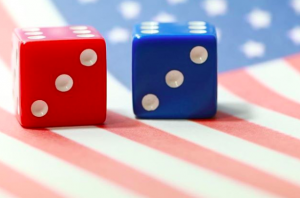 In November of 2019, a Pew Research study revealed that 9 out of 10 Americans favor legalization of either medical or recreational/adult-use marijuana. As a political issue, the study found that a majority of Republicans—55%—and a majority of Democrats—78%—were in favor of legalization. American voters no longer believe marijuana should remain a criminalized, Schedule I substance. This is not shocking. The people have spoken, the money is flowing, and the globe keeps on spinning.