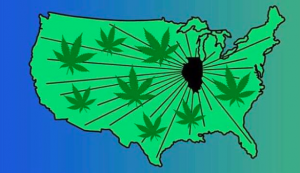 On Tuesday, Governor J.B. Pritzker made good on one of his signature campaign promises and signed a bill bringing recreational weed to Illinois. Like recent—failed—attempts at legalization in progressive states like New Jersey and New York, the bill was framed as a “reset” of the war on drugs. Among other provisions, it was slated to expunge the records of as many as 800,000 people who have been convicted for purchasing or possessing up to 30 grams of cannabis. It also vowed to pump 25 percent of the tax revenue reaped from commercial sales into historically impoverished neighborhoods, and attempted to systematically encourage minority ownership of licensed pot dispensaries.