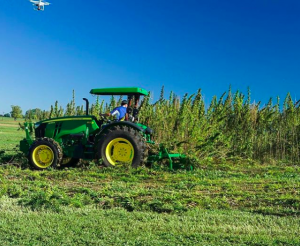 Congress just reached an agreement on proposed legislation that could make hemp legal to grow in the United States for the first time in nearly a century. Hemp may be derived from the same plant as marijuana, but it doesn’t make anyone high and is commonly used in food, fuel, and bracelets. The new legislation officially acknowledges the difference between the two.