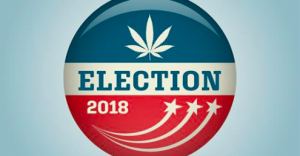 Prospects of federal marijuana reform – and the growing fortunes of cannabis businesses – could become more of a reality if the U.S. House turns over to a Democratic majority in the Nov. 6 elections, industry experts predict.

Cannabis proponents believe if the House breaks the deadlock on federal reform, the Senate will follow because it recognizes that the majority of Americans favor legalization.